About 33% Of Online Daters Find Love.

Isn’t that a low number considering the sheer number of people that turn to online dating to find love?

This just goes to prove that dating is hard – as we all suspected.

The world of dating is such a complicated one; there are no hard and fast rules that govern it.

For most of us, when we start dating we are left to our own devices; we are not taught how to find love, or how love happens or even how to love someone.

Everything just happens and we find ourselves lost in love; experiencing all the good and bad things that come with it.

In an ever-complicated world of dating – online and offline – where long-lasting love is a rare commodity, I present to you the four rules of dating – plus some bonus ones as well.

I gleaned these dating rules from the book The Mathematics of Love, an excellent book on love I believe every single person looking to find love must read.

[ Read Also Top 3 Books On Love Everyone Must Read ]

Contents hide
The Four Rules of Dating
1. Be Clear
2. Be Nice
3. Be Provokable
4. Forgive
Bonus: Be Yourself
General Rules Of Dating I’m Assuming You Already Know – Just a Refresher

The Four Rules of Dating

Don’t play games or try to be manipulative – these strategies do not work in the long run. Instead, be clear and straightforward about what you want.

What are you looking for? A relationship? Casual sex? Companionship?

Be clear from the beginning what you’re looking for when you enter into the dating game – this will help you avoid unnecessary drama and hurt feelings.

It will also increase your chances of meeting the right person while avoiding the wrong ones.

Take for example a young woman looking for a serious relationship. She meets a guy on an online dating platform like eHarmony. 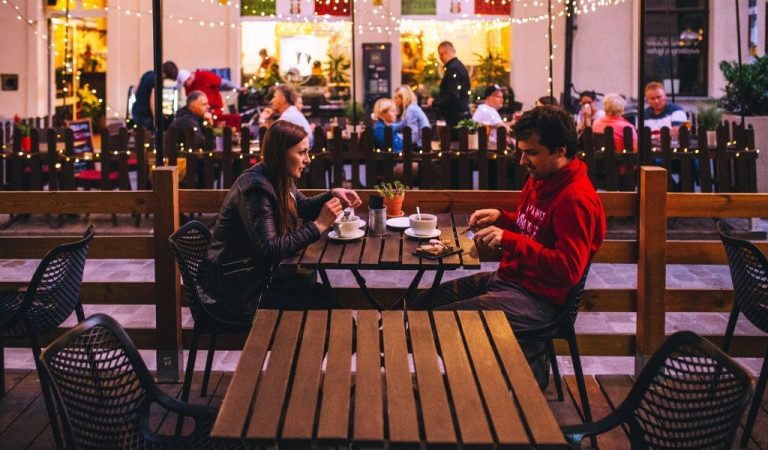 They go on a date and during the first date questions session (the usual awkward questions young daters ask each other on a first date) she asks him what he’s looking for.

So she tells him nicely that she’s looking for something much more serious and that she doesn’t think things would work out if they both have different expectations.

He’s so cute, though, and she briefly considers having a fling with him – in hopes that it might turn into something more meaningful later.

But she immediately brushes that thought off because she knows that plan almost always ends badly.

This example demonstrates the power of being clear from the beginning; you know exactly what you’re getting into. Whether it’s just a casual hookup or a possible longterm relationship.

From my personal experience, I’ve gotten into several casual sex relationships hoping that it would turn into a meaningful relationship – which it never did; you can say I was being naive and building castles in the air.

I have since changed my strategy by being clear about what I’m looking for from the beginning and not compromising on it.

I have had much more success with this strategy and avoided wasting time with people who were never going to give me what I want.

I’m hoping you want the same kind of success for yourself.

So be clear about what you’re looking for and don’t compromise on it – no matter how cute he or she is.

And if you’re already in a relationship, do have the talk with your partner to know if both of you are on the same page about what you want from the relationship.

It’s alright if you’re both just looking for fun – as long as you are clear on what you want.

I feel this goes without saying but please do try to be nice. Having a pleasant personality will go a long way to improve your dating game.

Like attracts like; so if you’re a negative downer all the time you attract the same type of people into your life.

Make an effort to radiate a positive, upbeat personality and you’re sure to attract higher-quality partners.

Being nicer also makes sure you have a stable and happy relationship. According to relationship expert John Gottman, happy and stable couples share more positive feelings and actions than negative ones.

[ Read: 5 Books On Social Skills That Will Make You Irresistible  ]

Take for example a guy who lacks self-confidence and finds it difficult to approach women. 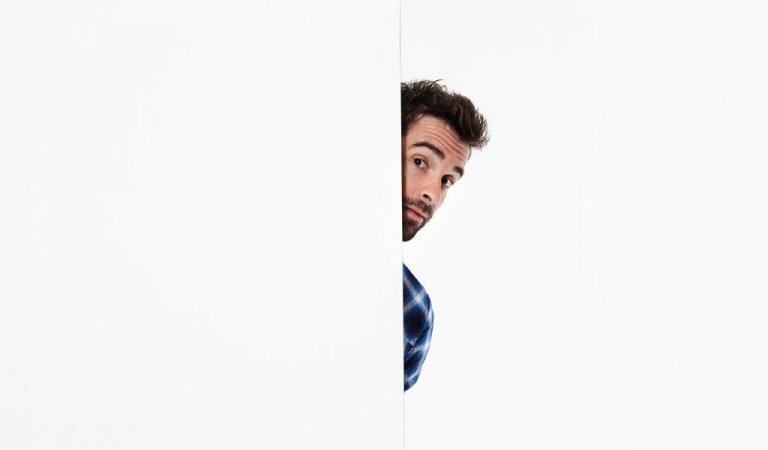 He acknowledges he has a problem and seeks help.

With a little bit of extra practice, he boosts his confidence dramatically and is well on his way to getting a girl to come home with him.

Do you know what sets this guy apart? He took action to improve himself. You should too. 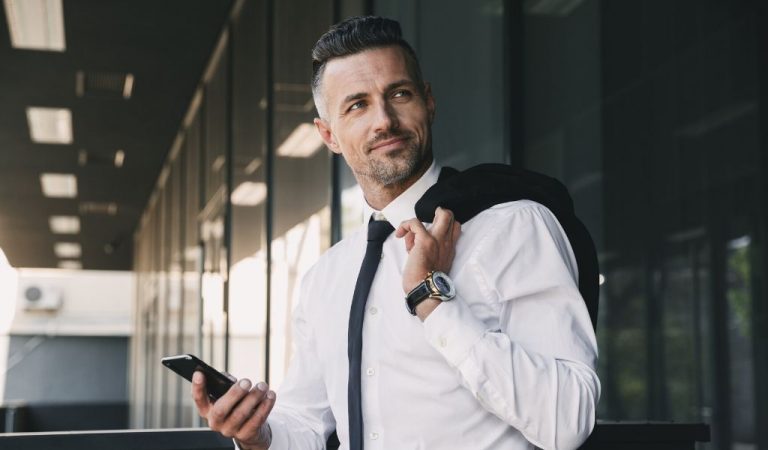 By constantly working to improve yourself, you’ll continue to attract higher-quality partners.

Here comes the tricky part; don’t be too much Mr. Nice guy or Ms. Nice Lady.

Hannah Fry explains it better when she says, “Don’t allow yourself to be exploited by bad behavior. If someone treats you badly, you should retaliate with a measured response. But don’t go overboard.”

We’ve all been treated badly by a date or a lover, and sometimes to keep the peace we overlook the bad behavior.

But the problem begins when this person keeps repeating the bad behavior, what do you do then?

No, I don’t think so. The right thing to do is to retaliate with a measured response or make it clear that you won’t tolerate such bad behavior.

It’s especially hard for new lovers to stand up to the bad behavior of their partners; they desperately want to keep their new romance intact.

But if indeed you want to have a happy and stable relationship, you must show your partner that you’re not a pushover and you’ll not tolerate bad behavior.

Nonetheless, after you’ve registered your displeasure, you must then:

Forgiveness plays such an integral role in our relationships.

It’s quite impossible for our partners not to offend us or vice versa.

So in order to keep a happy relationship, we must learn to forgive.

To borrow the words of Hannah Fry again, you must “move on from bad behavior quickly and return to being cooperative. You have nothing to gain from continually punishing someone for a single mistake. Going too far with your reaction will only prompt a bad reaction from your partner and find you in a spiral of negativity that can be difficult to recover from. Move on and go back to playing the game together as a team as quickly as possible.”

I believe that summarizes this entire point; forgiveness is a must in the dating game.

Please be yourself. I can’t stress this point enough.

True, you’ll want to put your best foot forward when you meet someone new but that does not mean you should pretend to be someone you’re not.

Be with someone you can totally be yourself around. You’ll meet people who you like very much but find that you are not able to be your true self around them – don’t choose those people.

And you’ll meet people who you immediately click with and feel you can bare your souls out to them – choose those people instead. You’ll be much happier.

If you’ve been burnt by an earlier relationship, make sure you’ve dealt with all your scars and are totally healed before you venture into a new relationship.

Unless you’re just looking for a hookup, you’ll do well to wait for a few dates before hopping into bed with your new date.

Most of us go on a lot of first dates that don’t materialize into anything more than that; so it’ll be unwise to jump into bed with every one of our dates.

Reserve yourself for the special one; or at least till you both agree you’re exclusive.

Especially with online dating, we are prone to googling our potential date to find out all about him or her before we meet up.

We find their social media handles and scroll through their feed until we know everything about them.

This doesn’t help at all as we form first impressions of our potential date before we actually meet them. And most people are not exactly what their social media profile portrays them to be.

It would be better to get to know your potential date in person before forming any impression about him or her.

With the advent of phones, communication has been made easier and we can connect with our loved ones at all times.

But don’t use that as an excuse to badger your potential date with several calls and messages. If you call or text him/her and you don’t get a reply immediately do not panic. Don’t send several followup messages too.

Maybe he’s busy at work or couldn’t get round to replying to your messages in time. Give him ample time to reply to your message – say a day or two – and then send a follow-up message to check if everything is alright.

That’s a better way to handle things than to send several messages at once – makes you seem desperate.

If you are interested in someone, make the move. Don’t wait for the stars to align, just ask the person out and see what comes off it.

Especially in this online dating world, you could simply reach out with a simple message and depending on how the two of you connect online, the conversation might continue offline too – on a real date.

In the online dating world, the traditional roles are less stiff, and women are encouraged to also make the first move more often.

So don’t wait for that hot guy or girl to message you first, take the initiative; you might be pleasantly surprised.

(Hint: eHarmony is the number one dating site we recommend to our readers who are searching for love and long-lasting relationships)

Nobody’s perfect and yet we are forever striving to project a perfect picture of ourselves to the world.

By investing yourself – reading self-help books on dating, seeking professional dating advice, improving your social skills – you are signaling to the world that you’re a high-quality mate.

And you, in turn, attract high-quality mates to yourself.

So keep learning and improving on yourself; it’s the best investment you can ever do.

Dating is supposed to be fun; meeting and getting to know new people.

If you’re having a hard time finding the right person for you, don’t stress about it.

The right person will come along eventually.

In the meantime, you should have fun and enjoy your life.

All these rules about dating are not hard and fast rules – you can choose to follow them or not.

But in the end, you should do what’s right for you.

Not all these rules will work for you – you should only use them as a guide.

The final decision will always lie with you; so be true to yourself and listen to your heart.

“You will never be able to escape from your heart. So it’s better to listen to what it has to say.”

And hey if you’re currently searching for love or a long-lasting relationship, I’d recommend you check out eHarmony.

Since it’s foundation in 2000, eHarmony has been committed to helping singles find long-lasting love. In a recent study, it was ascertained that,

“From January 1, 2008 through June 30, 2009 an average of 542 people were married every day in the United States because of the online matchmaker. During that period, eHarmony created more than 148,311 marriages, or 4.77 percent of all new marriages in the country.“

Here are a few more interesting things to know about eHarmony: Click here  to start your free trial of eHarmony now.